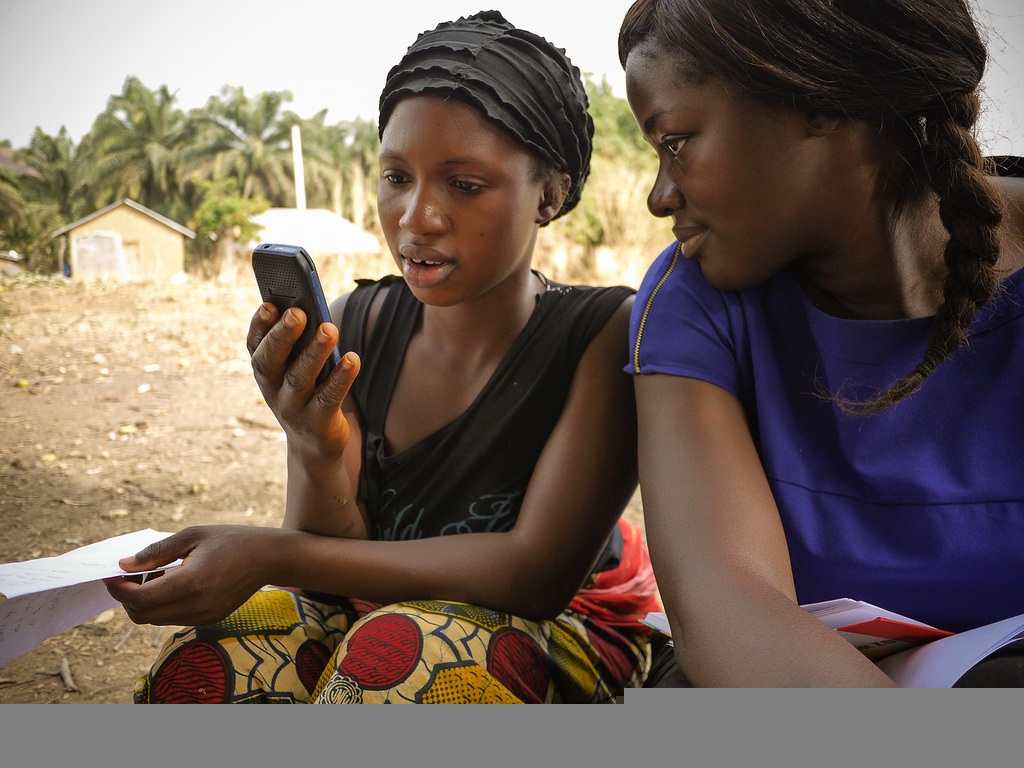 With one in nine people not having enough food for a healthy, active life, Adam Pitt investigates the role mobile technologies can play in helping countries achieve the second development goal of zero hunger

In the build up to the adoption of the United Nations’ Sustainable Development Goals, a great deal has been written about their significance in shaping international development policy and action over the next 15 years. In moving from eight goals and 18 targets–under the Millennium Development Goals–to 17 goals and 169 targets, supporters say that the new development agenda must reflect a far more complex set of objectives. In contrast, critics have said self-interests are being put ahead of the need to create clear and achievable targets.

What is certain is that the goals have been adopted and their implementation and financing should now be the focus if we are to avoid what Pope Francis called “a declarationist nominalism which would assuage our consciences” in his address to the UN General Assembly.

Goal 2 aims to “end hunger, achieve food security, improve nutrition and promote sustainable agriculture”. The World Food Programme has suggested that all of the 66 million hungry school-age children in the world can be fed for just US$3.2 billion a year proving that all of the goals are not beyond financial reach. But it is not just about money. It is about harnessing the right partners, approaches and people as well as the financial clout.

“We have everything we need–the tools, the technology, the people,” Ertharin Cousin, Executive Director of the World Food Programme, confidently declared the day after the goals were adopted in New York. “It is time to deliver, time to move from the conference room to our countries, and to deliver together a Zero Hunger world.”

But delivering Zero Hunger needs scalable tools and technology to bring down the cost of Sustainable Development Goals and according to Dominic Schofield, Director of the Global Alliance for Improved Nutrition, that will only happen if an investment mentality can be cultivated.

“From a financial perspective, where we will have success is where we are able to get the public sector to start thinking about how it can share risks with investment orientated finance, with the private sector,” says Schofield. “If we can bring this investment mentality to development we’ll not only be able to secure more resources but we’ll also be able to scale up more projects and cultivate a much higher degree of innovation in the process.”

Scaling up solutions is where the private sector must play a catalytic role. Schofield is behind an innovative programme called StartSmart that uses mobile technology to send dietary and nutritional information to families living in low-income households in South Africa.

One hundred and twenty-eight thousand people have signed up to the South African programme, which aims to reduce the number of preventable child deaths caused by malnutrition. UNICEF reports that malnutrition is responsible for almost two-thirds of deaths in children under five in South Africa, because as Schofield explains, the cost of meat and vegetables often leaves many mothers with no option but to rely on a maize-based porridge called ‘pap’. This may provide calories but not the vitamins and minerals young children need and this is where SmartStart steps in to provide mothers with information by SMS on how to better nourish their children.

“What we are finding is that mobile phones have become an extension of people like a watch on the wrist, and while there are still a lot of issues surrounding the digital divide I think we’ve reached a tipping point where families are sharing phones among members as a standard extension of collective social and economic lives now,” says Schofield.

In terms of mobile phone penetration, that tipping point was reached in 2014, when the number of mobile subscriptions officially surpassed the number of people on the planet. As a result, mobile data analysis firm GSMA Intelligence reports that there are 7.2 billion active mobile phone connections but more importantly, with rapidly expanding coverage networks and cheaper devices, 75 percent of mobile users are now in developing countries.

With a strong correlation between the level of telecommunications infrastructure and the incidence of hunger, Schofield is positive about the role mobile technologies can play in other African countries like Zambia, Ethiopia, Chad, Sudan, South Sudan, Comoros, Eritrea and Burundi. These nations make up eight of the top 10 countries in the Global Hunger Index, though he also says that reaching people in remote regions in these countries will require investment, not just in technology but in the best way to employ such technology for local conditions.

So while the Global Alliance for Improved Nutrition has used mobile technology to provide dietary information in Vietnam, this was done through a different model. Over 30 percent of Vietnamese children under five are anaemic or suffer from stunted growth and the GAIN programme seeks to encourage parents to include a sachet of nutrients in their child’s food by using health workers as an intermediary to receive training updates by phone and hand out the sachets to mothers at health centres.

“The gaps in capacity are more about understanding the context in which the people that we’re trying to reach use mobile technologies, about local knowledge, about how social media is being used, by whom, and for what,” says Schofield. “In
the public health domain, it’s about what is cool and what has currency in influencing behavioural choices and infant feeding practices.”

Maximo Torero, Director of the Markets, Trade, and Institutions Division at the International Food Policy Research Institute, also emphasises that mobile technology must be employed in context taking account of local knowledge to achieve positive results.

“The problem is that too much emphasis is being put on the technology without much thought for either the content, the way content is presented within the technology, or the capability of people to understand it,” says Torero. “For example, a big issue most current interventions have is that they assume most people can read and write and that they have some basic mathematical skills, which is often far from reality.”

Torero is a firm believer in the potential for mobile phones to connect remote farmers with real- time agricultural market data that can enable them to know where they can get the best price for their produce and increase competitiveness. However, he says that his team, which is developing a mobile game, are also guilty of overlooking what he calls a ‘capability barrier’ and have had to make adjustments.

“We are developing a game to measure business associations and had initially chosen a Harvard app, but the app assumes that you can read and write because you have to be able to read instructions. To improve the app we’re adding audio to each instruction so people who don’t know how to read or write know which option to choose,” he says.

Like Schofield, he says that through his research he has found that the real benefit of mobile technologies is the ability to transcend large geographical spaces at a fraction of the cost of traditional communications, which in poor rural communities means posters.

As well as being more cost effective than posters, mobile technology means that the messages on nutrition or markets remain consistent and accessible.

“What mobile technologies do is help transfer content to the farmers so they can know about prices, they can know about solutions to their problems in terms of what they are producing, and whether that produce is in demand,” adds Torero. “But I can do exactly the same thing through traditional mechanisms. The advantage of this type of technology is that once I have an answer I can distribute that answer to all mobile devices with just one click.”

But instant mass dissemination can also be a downside. With communication via mobile technologies, the message will hit everyone at once so it is important in terms of market information, how that data is managed and regulated. Torero cites the examples of Peru and Bolivia where information on food prices was distributed to all suppliers at the same time with dire consequences for food security and nutrition.

“The problem was that everyone had the same information so when the international price went up for quinoa, everybody switched,” says Torero. “This had a negative effect on local consumers because they were used to eating quinoa as their staple crop, but now the staple crop was too expensive.”

As Torero says, people had mistakenly assumed that the demand for quinoa was infinite but that was not the case.

“So, the real question with mobile technologies is how you assure the quality and appropriateness of the information you are providing to poor communities,” he adds.

As Torero’s example illustrates, mobile has its limitations and the technology is just one element in the development ecosystem to help eradicate hunger. Nicholas Rosellini Deputy Assistant Administrator and Deputy Regional Director at the UNDP Bureau for Asia and the Pacific says that UNDP is in the process of testing new ideas ranging from social entrepreneurship and impact investments, to growing capital markets for social good, as well as the future role of technology in achieving the Sustainable Development Goals.

“While many of our innovations leverage the use of existing mobile and emerging technology such as the Internet of Things, our return on innovation investments reveal that the question is less about the technology or the product itself and more about the approach,” says Rosellini. “Our aim is to bring users closer to the design process and facilitate opportunities for collaboration with new and non- traditional partners such as private sector technology developers and behavioural scientists.”

Developed to a sufficient scale and level of accessibility, the technologies themselves can play a key role in reducing cost and creating a return on investment. Nevertheless, the real re- turn on investment is in ensuring that finances are targeted towards harness- ing the many social innovations that take place within local communities on a daily basis. After all this is where the real battle for food security and the Sustainable Development Goals will be won or lost. 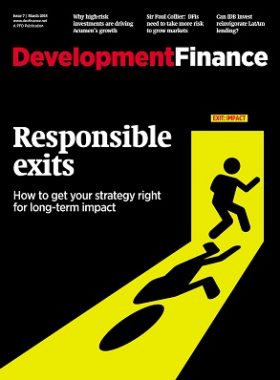 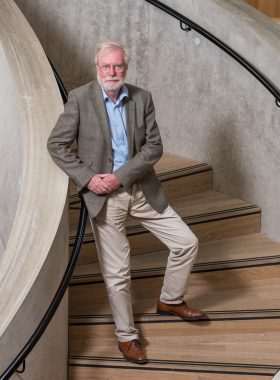